Posted in Ask A StylistOutfit Ideas
Posted on January 4, 2021
by gentwith 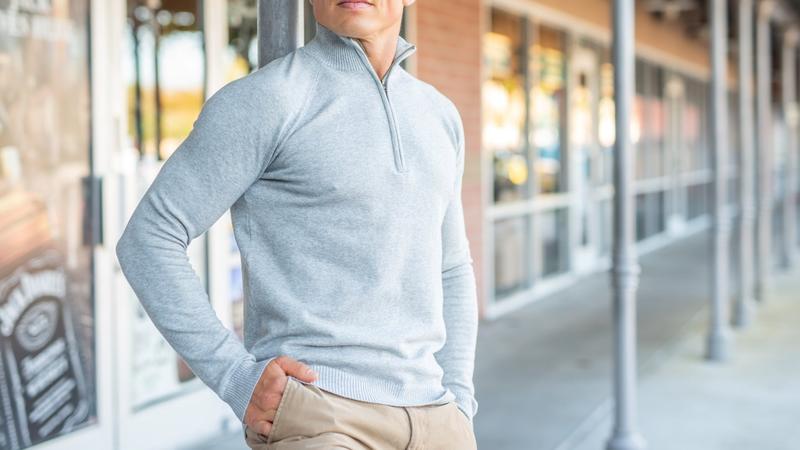 The purpose of wearing sweaters is not only to control the coldness around you but also to have a good casual and formal look on one. But that does not mean that this implies for every sweater. The manufacturing process makes the sweater look different from one another, ending up in different styles for men which are described below.

These open up at the front as they have buttons or zippers on them. When these sweaters are thin, the fabric used for it is cashmere which could be easily worn under plenty of layers. They come in many forms as well.

Not only do these pull over one’s head, but their necks are zipped half or quarterly. Their collar styles and necklines differ from each other and usually, most of the people describe the idea of sweater in this form as well.

Made from the sheep’s wool and in the form of cable knit, these are best in the stormy season because these are waterproof and quite thick. The lanolin is not removed from these sweaters wool and has the scent of kerosene to it. The knitting pattern on these is vertical to the garment and are considered to be the heaviest out of all the sweaters.

Back from the small island in the British Crown, these have been produced from the start and are the most selected sweaters of the Channel fishermen. The fibres of the wool are twisted hardly which is water repellant quite a lot. Their shoulder seam is raised and the ribbing is observable on the upper sleeve. There are many decorative patterns on it and the whole sweater is symmetrical. These are best for outdoor purposes.

Their necks are rollable and tall and these were worn by the British Royal Navy submarine crew in the World War II. When the roll neck is double, it assures extra warmth to the body. You can wear these on the outside as well as on the inside of the sports jacket or suit.

When there id an in-between of warmth and bulk, that is when the sweater vests come in. Their purpose could easily be defined by the design. These could be used for the outerwear if the collars are high or else the one with the v-necks could be worn under the jackets where the necktie could be displayed as well.

Every sweater can have a different design to it along with the neckline which would make the appearance differ from other sweaters.

As simple as they look, they are found commonly in the sweaters as well. There is a touch of bulk on it. The football players were the ones to introduce this minimal style which later went with every article of clothing. Just try not to wear them with the neckties. Instead, use the business casual staples.

As prominent it is in the name, these have V cuts on their necks where you can have a necktie as well. You would want to wear these for casual purposes. 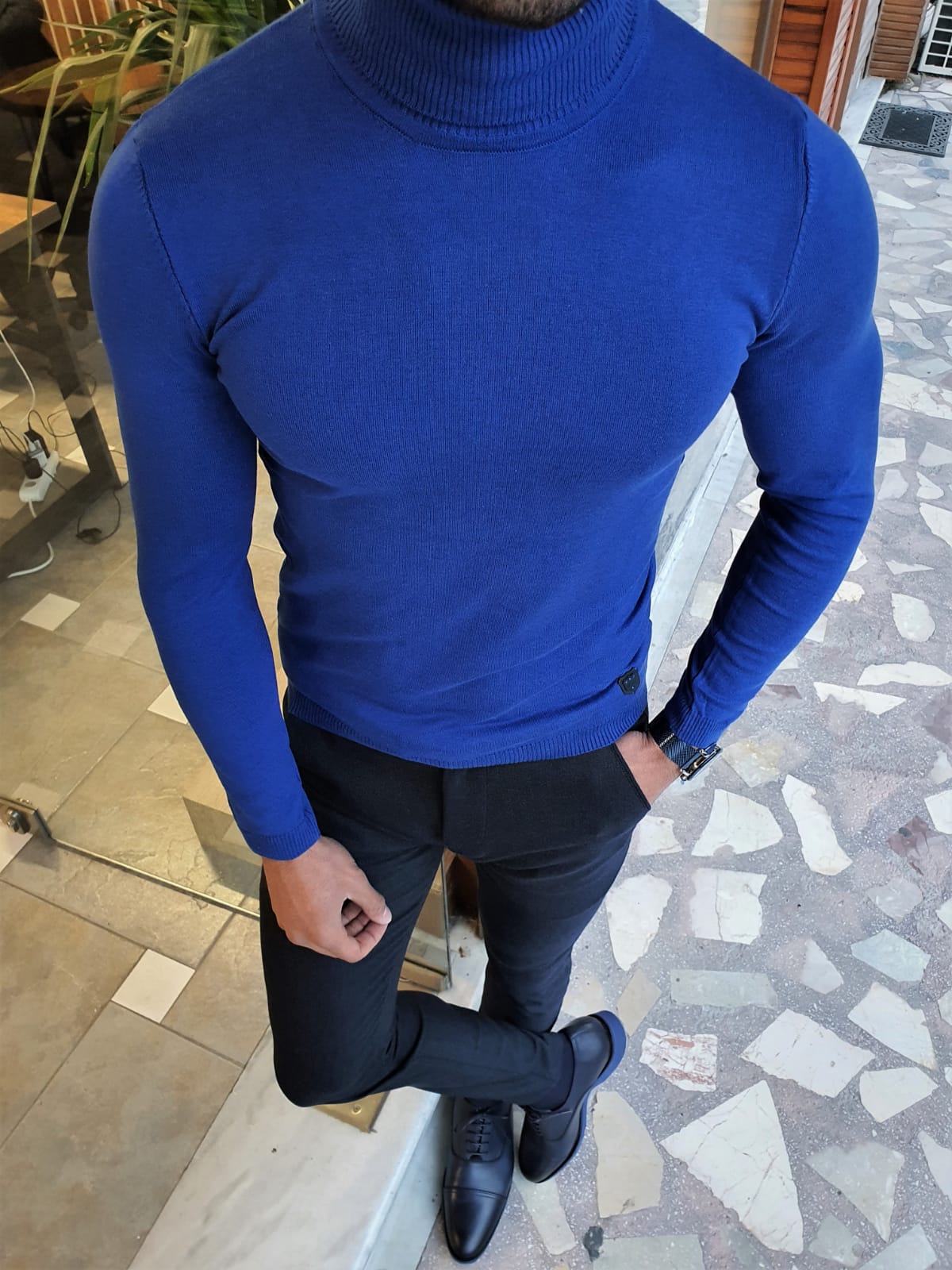 The length of it is so tall that it is folded giving in that advantage to storing the warmth inside along with the best under-wear of those dress shirts. You can layer more clothing articles on top of it being pretty much tight, their folding around the neck is quite neat like a tube all around the throat.

The kind of turtleneck which has its neck elongated and it is baggier than usual along with wider opening to it is the roll-neck sweater. It is used by the submarines because of its tightness and it could be either having a tiny collar or some bulky one.

Not exactly the V-neck but a cousin of it just like a t-shirt, it is designed for casual purposes and more likely to be a pullover sweater. These have the lightest knits to it with the colourful cotton for younger people usually.

That tube around the neck which has a wide opening to it without any folds and rolling down like a loose cloth is the cowl neck. Looking relaxed, these do not have a definite shape to it.

These are wide with that turned down collar squeezing down the chest front like on the cardigans. These always meet around the centre of the chest where it is the closing or ending of the buttons or zips. It is the in-between of the pullover and sports jacket but is best worn on top of the casual dresses. 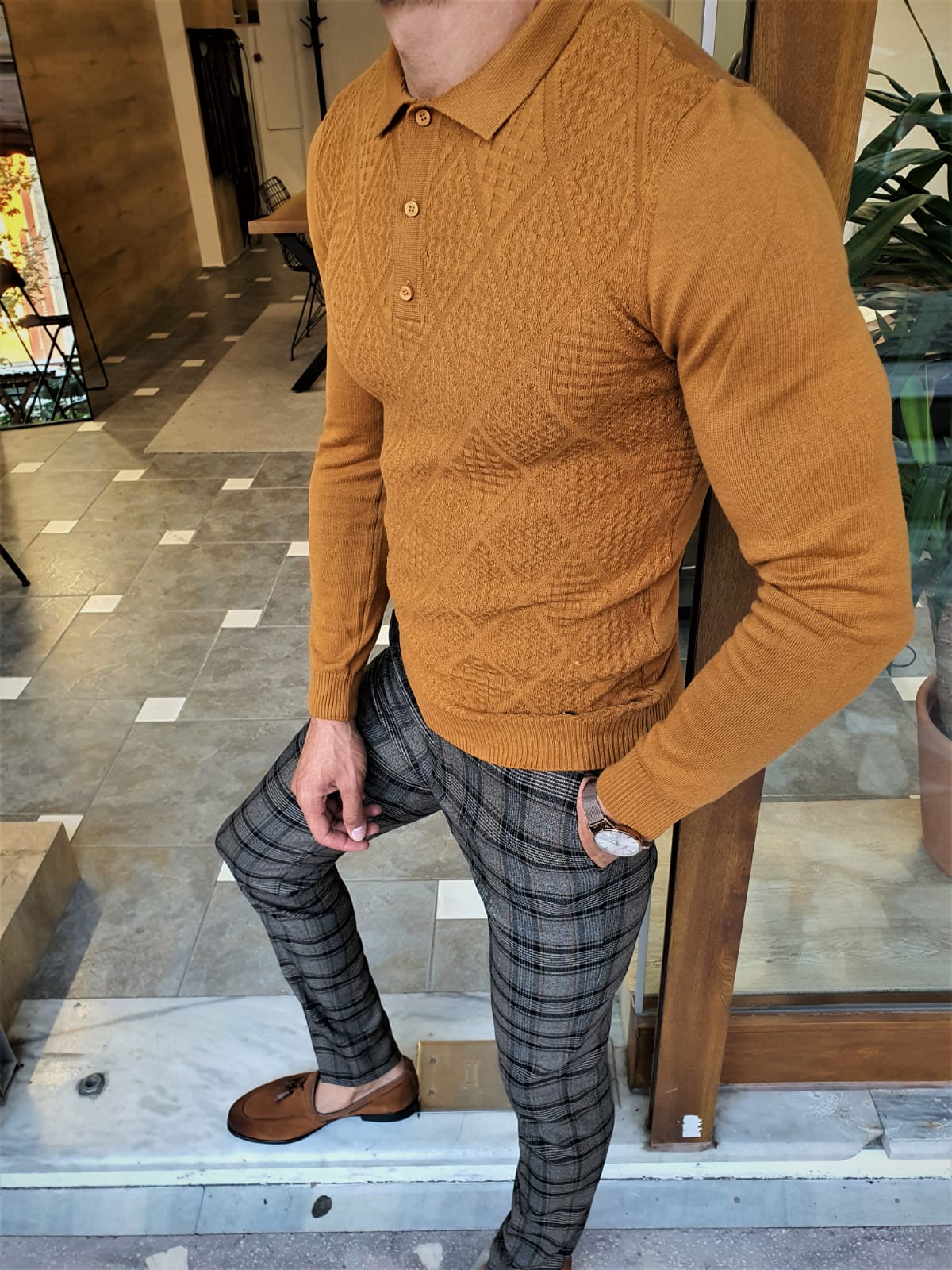 Mostly produced by Ralph Lauren, their turndown collar is quite soft with those three buttons like on the polo shirt. These weigh light and are best worn in that period when it is the start of winters.

On sweaters, there are other details like there are different zippers including half-zip and full-zip. There are half buttons and button-downs. The styles of the sleeves include set set-in, raglan, and dropped. The sweaters are made from different fabrics consisting of the sheep wool, alpaca, cashmere, linen, polyester, cotton, and silk. The patterns for the sweaters include cable knit, stripes and the argyle. As having decorative stitching to them, they are differentiated in the form of cable, diamonds, tree of life, the ladder of life, honeycomb, trellis, zig-zags, Irish moss and trinity. 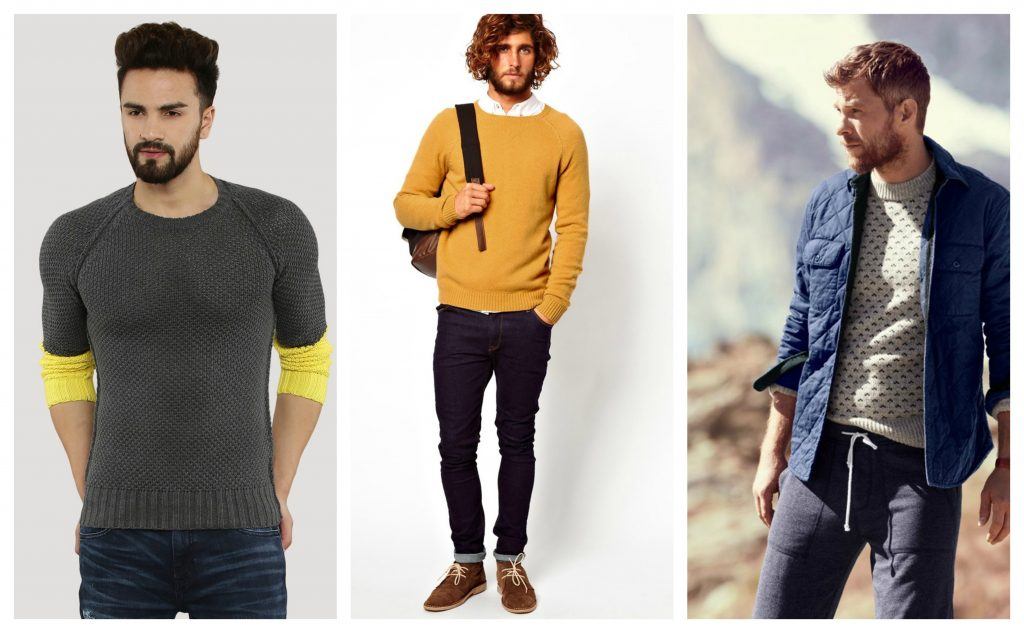 Mens Fashion Sweaters| How to Choose One 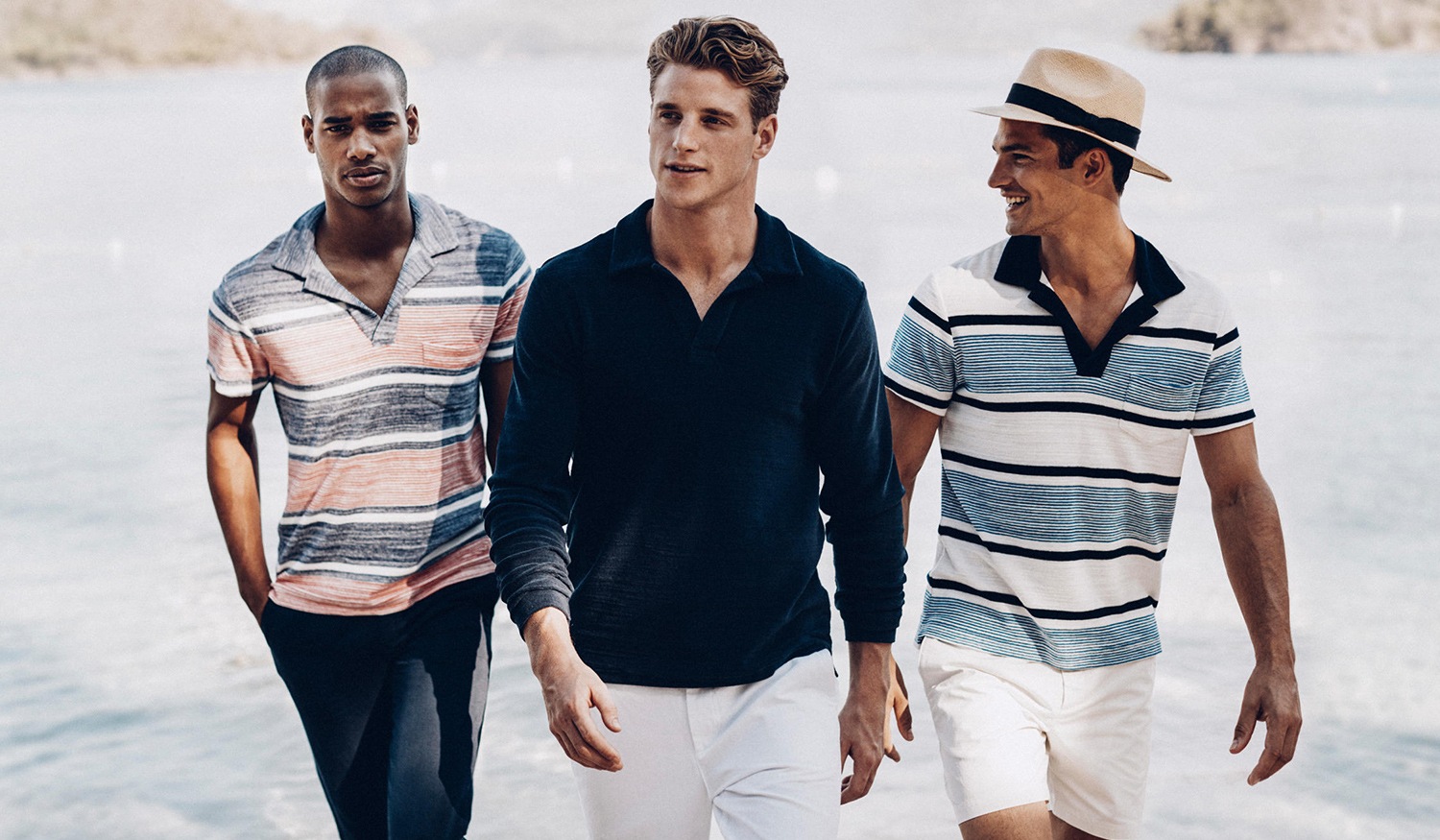 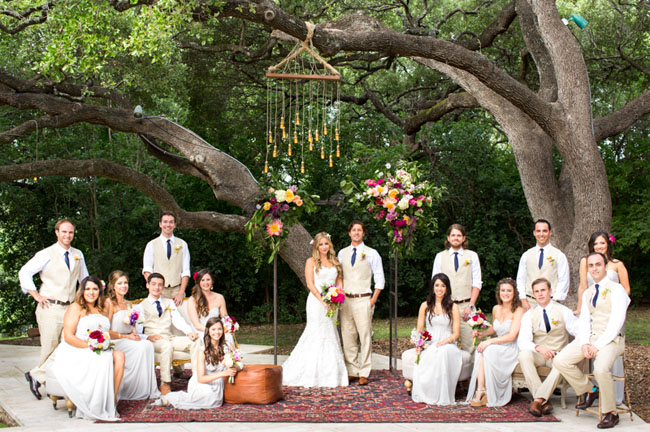 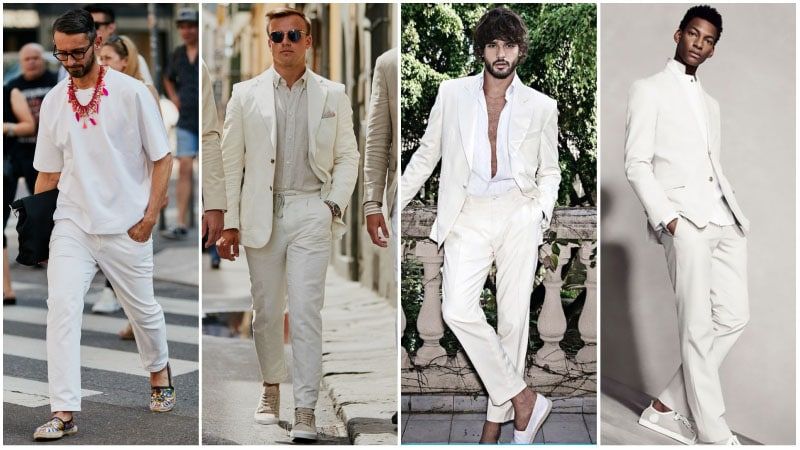 The Right Color To Wear For Your Skin Tone